Winchester is a cathedral city that is located in Hampshire, England and was the most important city in England until the Norman invasion in the 11th century. It is 60 miles south-west of London and 14 miles away from the nearest city of Southampton. Today, Winchester is one of the most affluent and expensive areas in England.

Like a lot of British cities, Winchester has a fascinating history e.g., the area around it has been inhabited since prehistoric times with three Iron Age hill forts at Oram’s Arbour, St. Catherine’s Hill and at Worthy Down. During the late Iron Age, an oppidum evolved which was an urban type of settlement and which became an important centre for the British Belgae tribe. This settlement may have been known as Wenta or Venta which was the common Celtic word for “tribal town” or “meeting place”. Its Roman name was Venta Belgarum and after the Romans came to England, the town served as the capital of the Belgae and was initially of subsidiary importance to Silchester and Chichester which it had eclipsed by the end of the 2nd century.

Importantly, stone walls were erected around the town at the beginning of the 3rd century, and it, at this time, covered an area of 144 acres which meant it was one of the largest towns in Roman Britain by surface area. In common with other Roman towns, it began to decline at the end of the 4th century but life didn’t much change there until the mid-5th century when the settlement became smaller. Interestingly, it is thought that the town may have functioned as a royal palace or as a religious community as Christian cemeteries, established during the Roman era, continued to be used. Winchester makes an early appearance in Welsh literature, and in modern Welsh, is known as Caerwynt.

The town became known as Wintanceaster in Old English during the reign of King Cenwalh of Wessex, who erected the Church of St. Peter and St. Paul which later became known as the Old Minster and then became a cathedral in the 1660s. King Alfred the Great altered the Roman design of the town in the late 9th century to a new grid system in order to be defensively stronger against the Vikings. It is thought that the first mint can be traced back to this period. In the 10th century, Bishop Aethelwold created “Lockburn” which was an effective drainage system and was in use in the town as late as 1875. Also, at the end of the 10th century the Old Minster was enlarged and, in 1141, there was a damaging fire in the town.

One individual who played a large part in the development of Winchester was William of Wykeham who was responsible for the current structure of the cathedral and who also founded Winchester College public school. It is also worth noting that the town played a very important role in the wool trade before the industry declined.

There was an important Jewish community in Winchester from at least 1148, but typically, persecution of it occurred in the 1220s and 1230s with the community’s leader, Abraham Pinch, being hung in front of his own synagogue. The Jewish quarter (present day Jewry Street) was then ransacked by Simon de Montfort in 1264, and all Jews were expelled from England in 1290.

If you visit Winchester today, you will discover that it has some interesting landmarks like: the City Cross (Buttercross), the city walls, the cathedral, various statues, Wolvesey Castle and Palace as well as educational places such as the City Museum. The City Cross dates from the 15th century and features statues of religious and historical figures and was restored by George Gilbert Scott in 1865 – and still features in the High Street. There are still remains of the walls that surrounded the town and statues of Queen Victoria and the Horse and Rider in evidence. The cathedral was originally built in 1079 and is the largest Gothic cathedral in Europe – it is correct to say that it contains impressive architecture which spans from the 11th to the 16th century. Many prominent people such as King Canute, William Rufus and Egbert of Wessex were buried there. The cathedral has always been a prominent pilgrimage centre and the ancient Pilgrim’s Way to Canterbury begins there. If you go to a service in this magnificent building, you may have the pleasure of hearing the girls’ or boys’ choirs which regularly sing there.

Wolvesey Castle and Palace were once great places but are now ruins except for one wing of the palace which survives. It dates from 1110 and was the Norman bishop’s palace and was built on an earlier Saxon structure. In the 16th century, Queen Mary Tudor and King Philip II of Spain were guests there before their marriage in the cathedral. You may find it worthwhile to visit the castle which contains the Great Hall that was built in the 12th century and rebuilt between 1222 and 1235 and still exists in this form. It contains King Arthur’s Round Table which has been hung on the wall from at least 1463 – the table was actually not painted until 1522 for King Henry VIII.

If you are interested in learning more about Winchester, then why not visit the City Museum which was one of the first purpose-built museums outside of London. You could also visit the Westgate Museum which possesses items of weaponry and the Historic Resources Centre which has many historical records of the city.

One could argue that there are some other notable buildings worth visiting such as the Guildhall (which is Gothic revival in style and dates from 1871), the Royal Hampshire County Hospital, St Peter’s Catholic Church (built in 1924) and Winchester City Mill where milling of corn by water power still takes place.

There are also some lovely painted bollards in the city which are decorated in the style of famous artists or with topical scenes. These were skilfully painted by The Colour Factory between 2005 and 2012.

As Winchester is a very desirable place to live, you may even consider settling there. It has excellent state and independent schools, special schools and offers tertiary education. It also has the University of Winchester and the Winchester School of Art that was founded in the 1860s.

Sport is highly represented in the city as there are opportunities to watch and play: football, cricket, rugby union, athletics, hockey, lawn bowls and golf.

Visiting Winchester is easy by rail and there is an excellent Park and Ride system if you prefer to travel by road. So, if you fancy visiting a place with fascinating history and which was once the capital of England – then what are you waiting for?!

* With a lot of help from Wikipedia 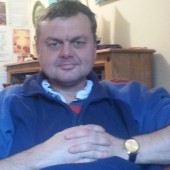 I am now 53 years of age. I live with bi-polar and OCD and in the past, I’ve had a cancer called Hodgkin’s disease and have been very ill with pneumonia. I also had a drink problem but have gone over 20 years without a drink! I created From The Horse’s Mouth as a hard copy over 20 years ago and resurrected it as an e-magazine in January 2015. The idea behind the magazine is that anyone can contribute in a non-racist and inoffensive way. The magazine is free to access and we have no plans to do it in a different way. The magazine is self-funding though we are looking for people to advertise with FTHM to help pay for the costs of the Magazine, which I have been paying for myself for the past three years.

This site uses Akismet to reduce spam. Learn how your comment data is processed.

Support us on Patreon